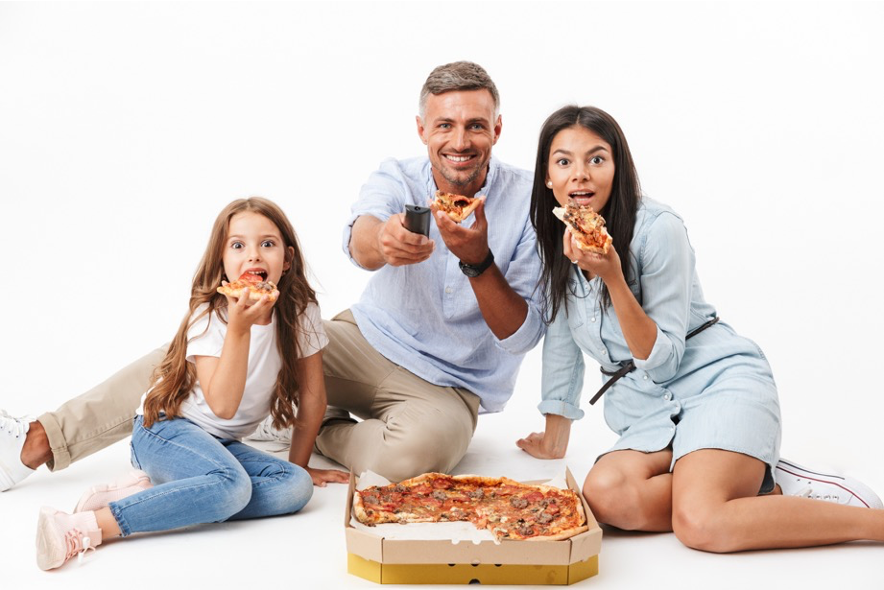 We’re now a couple of weeks into Lockdown 2.0 across the UK. Many other nations are currently in, or entering, winter (and summer) COVID restrictions too, but there seems to be renewed hope that a vaccine is coming soon…fingers crossed!

As promised in ‘Lockdown 2.0: Your Top Movie Recommendations!’

we’re coming back to you with the TV shows chosen by you, our dear Citizens.

But first, a quick recap of the community’s top movie selections for you, categorised by age, gender, and Netflix/Amazon use:

Now, the same 1,400 Citizens have also shared their answers to: What is your favourite TV show?

Again, we’ve categorised recommendations according to different groups within the CitizenMe community. Get ready to be shown some great series!

As you can see, there are lots of opinions on top TV shows to watch!

There are some long-running classics like Breaking bad, Lost, and Supernatural which still top the list for Citizens.

Most recommended original content includes: The Boys, The Mandalorian, Stranger Things, and Emily in Paris, each making waves on their respective platforms.

Popular laugh-out-loud shows, like The Big Bang Theory, TaskMaster, and Friends, make a fantastic list to brighten your day (perfect as the nights draw in for those of us in the Northern hemisphere!).

The many top dramas include: The Crown, The Fall, Line Of Duty, Ozark, and This Is Us.

And finally, some creatures that go ‘bump in the night’: The Walking Dead, Game of Thrones, Lucifer, and The Haunting of Bly Manor!

Another show making rapid moves (if you’ll forgive the pun!

) is The Queen’s Gambit. We spotted the trend and so this weekend asked an additional 200 Citizens if you’ve watched it – or intend to watch it – and 44% say they have or will. Of those who have watched it, 100% said they enjoyed it, and mainly for the great story and lush visuals (and less so for the Chess!):

What do women recommend?

Top pick Grey’s Anatomy – The doctors of Grey Sloan Memorial Hospital deal with life-or-death consequences on a daily basis — it’s in one another that they find comfort, friendship and, at times, more than friendship. Together they’re discovering that neither medicine nor relationships can be defined in black and white. Real life only comes in shades of grey. – IMDb

CitizenMe Pick The Haunting of Bly Manor – A young governess is hired by a man to look after his niece and nephew at their family country house after they fall into his care. Soon after arriving at the Bly estate, she begins to experience strange occurrences and a grim history starts to unravel. – IMDb

Potential hidden Gem Schitt’s Creek – A wealthy couple — video store magnate Johnny and his soap opera star wife Moira — suddenly find themselves completely broke. With only one remaining asset, a small town called Schitt’s Creek, which the Roses bought years earlier as a joke, this once-wealthy couple must give up life as they know it. With their two spoiled children in tow and their pampered lives behind them, the Rose family is forced to face their newfound poverty head-on and come together as a family to survive.– IMDb

Male Citizens suggest a bit more action, plus thriller and crime series, all of which power through as their top TV shows.

Top pick Breaking Bad – Mild-mannered high school chemistry teacher Walter White thinks his life can’t get much worse. His salary barely makes ends meet, a situation not likely to improve once his pregnant wife gives birth, and their teenage son is battling cerebral palsy. But Walter is dumbstruck when he learns he has terminal cancer. Realizing that his illness probably will ruin his family financially, Walter makes a desperate bid to earn as much money as he can in the time he has left by turning an old RV into a meth lab on wheels. – IMDb

CitizenMe Pick The Boys – In a world where superheroes embrace the darker side of their massive celebrity and fame, THE BOYS centers on a group of vigilantes known informally as “The Boys,” who set out to take down corrupt superheroes with no more than their blue collar grit and a willingness to fight dirty. – Prime Video

Potential hidden Gem Ozark – The Byrdes and their teenage kids, Charlotte and Jonah, are, for all intents and purposes, an ordinary family with ordinary lives. Except for the job of Marty, a Chicago financial advisor who also serves as the top money launderer for the second largest drug cartel in Mexico. When things go awry, Marty must uproot his family from the skyscrapers of Chicago and relocate to the lazy lake region of the Missouri Ozarks. – Netflix

From 18-34-year-olds, there are so many show recommendations that you won’t need to move away from the TV for the whole of lockdown!

Top pick Stranger Things – In a small town where everyone knows everyone, a peculiar incident starts a chain of events that leads to the disappearance of a child, which begins to tear at the fabric of an otherwise peaceful community. Dark government agencies and seemingly malevolent supernatural forces converge on the town, while a few of the locals begin to understand that there’s more going on than meets the eye. – IMDb

CitizenMe Pick The Mandalorian – After the stories of Jango and Boba Fett, another warrior emerges in the Star Wars universe. The Mandalorian is set after the fall of the Empire and before the emergence of the First Order. We follow the travails of a lone gunfighter in the outer reaches of the galaxy far from the authority of the New Republic.. – Disney

Potential hidden Gem This is us – The Pearson family’s generational story unfolds in this emotional drama. In moments of love, joy, triumph and heartbreak, revelations emerge from parents Jack and Rebecca’s past, while triplets Kate, Randall and Kevin discover deeper meaning in their present day lives. Successful businessman and father Randall searches for information about his biological parents. Kate finds love and self-acceptance while battling obesity. Kevin pursues a more meaningful career, which brings some difficult choices.– IMDb

What TV shows are for our 35+ age group?

For 35+-year-old Citizens, there are several easy-to-watch shows, historical dramas, and some detective shows thrown in for good mix.

Top pick Friends – Do we really need to provide this series’ summary…?

CitizenMe Pick Dexter – Dexter Morgan, Miami Metro Police Department blood spatter analyst, has a double life. When he’s not helping the Homicide division solving murders, he spends his time hunting and killing bad guys that slip through the justice system. He spends his sun-drenched days solving crimes – and moonlit nights committing them. But not to worry, our Dexter doesn’t kill just anyone. He reserves his homicidal hobbies to taking only the lives of other killers. – IMDb

Potential hidden Gem Orange is the New Black – Piper Chapman is a public relations executive with a career and a fiance when her past suddenly catches up to her. In her mid-30s she was sentenced to spend time in a minimum-security women’s prison in New York for her association with a drug runner 10 years earlier. This Netflix original series is based on the book of the same title. Forced to trade power suits for prison orange, Chapman makes her way through the corrections system and adjusts to life behind bars, making friends with the many eccentric, unusual and unexpected people she meets.– IMDb

Thinking of a TV show to watch with a food takeaway/delivery?

Citizens who have both the Deliveroo and UberEats apps on their smartphone give these recommendations for watching whilst munching on the perfect takeaway!

Top pick Lucifer – Lucifer Morningstar, bored from his sulking life in hell, comes to live in Los Angeles. While there, he helps humanity with its miseries through his experience and telepathic abilities to bring people’s deepest desires and thoughts out of them. While meeting with a Detective in his nightclub (Lux), a shootout involving him and the Detective leads him to become an LAPD consultant who tries to punish people for their crimes through law and justice. – IMDb

CitizenMe Pick Narcos – tells the true-life story of the growth and spread of cocaine drug cartels across the globe and attendant efforts of law enforcement to meet them head-on in brutal, bloody conflict. It centers around the notorious Colombian cocaine kingpin Pablo Escobar (Wagner Moura) and Steve Murphy (Holbrook), a DEA agent sent to Colombia on a U.S. mission to capture him and ultimately kill him. – IMDb

Potential hidden Gem Cobra Kai – is set 34 years after the original Karate Kid film, re-examining the narrative from Johnny Lawrence’s point of view, and his decision to reopen the Cobra Kai karate dojo leading to the rekindling of his old rivalry with Daniel LaRusso.– Wikipedia

NEXT WEEK: We’ll be sharing all of the best card and board games that you recommend. Keep checking the app banner (at the top of the home screen) for our updates!

Click here to be taken to your app store and don’t forget to tell your friends and family too! 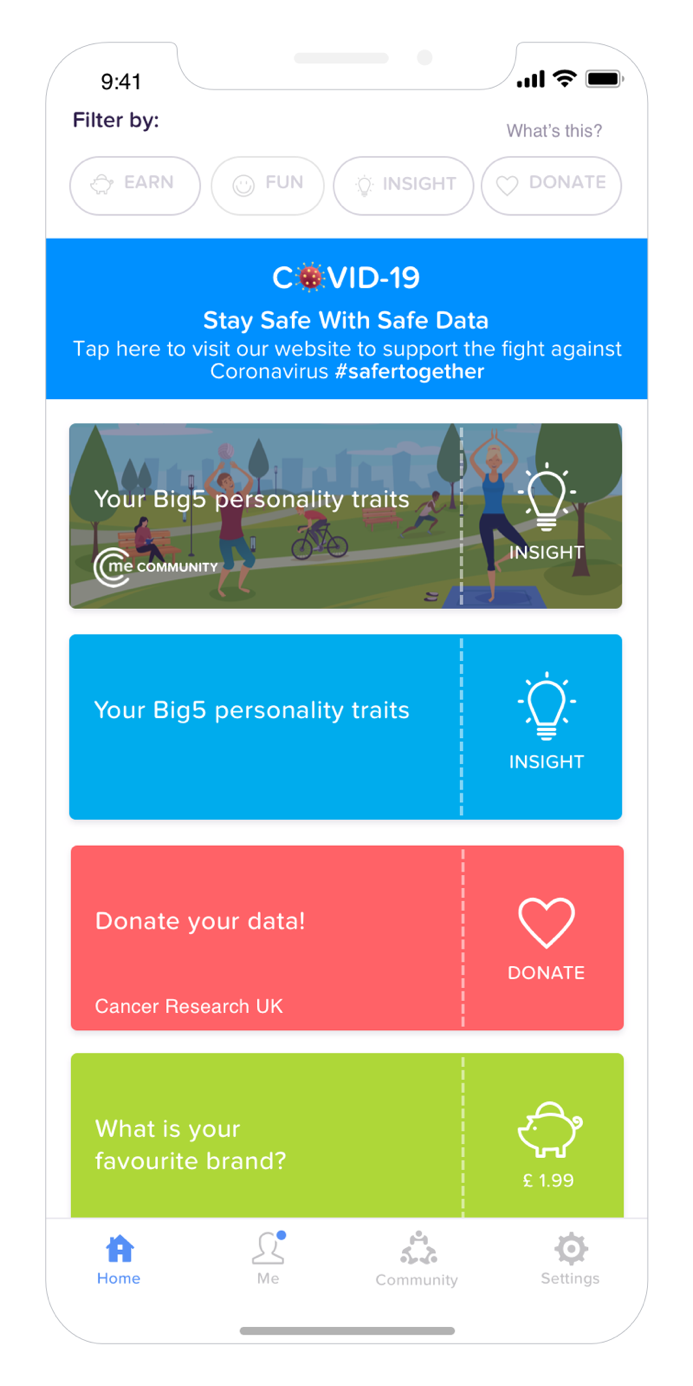